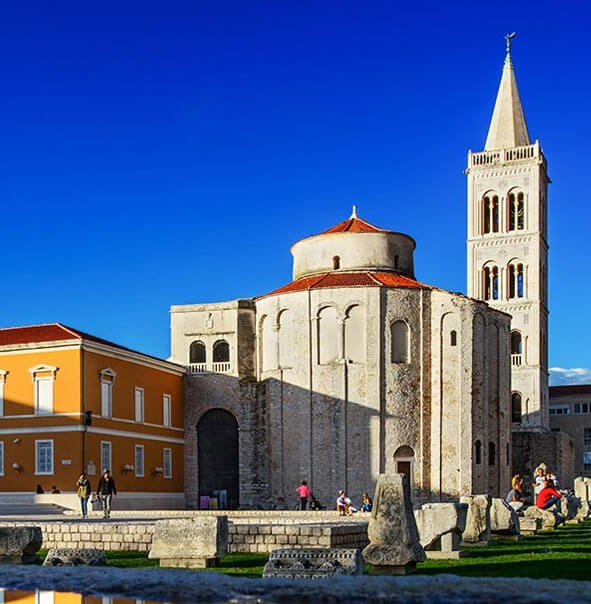 Zadar is the city located on the Adriatic Sea, and it is the oldest continuously inhabited Croatia city

The city has exceptional history, rich culture and it is very famous for tourism. Surrounded with three nature parks – Telašćica, Velebit and Vrana lake, and five national parks - Paklenica, Plitvice lakes, Kornati Islands, Krka and Sjeverni Velebit, Zadar is one of the top tourist destinations on the Adriatic sea.

Made by the architect Nikola Bašić and situated on Zadar's Riva, it is the sound art object and an experimental musical instrument, which plays music by way of sea waves and tubes.

The Greeting to the Sun

The Palace built in 13th century represents a cultural monument and the largest preserved historical complex. In the history, the Palace represented City library, City ballet school and Concert Hall. The Palace was renovated in 2017 by european funds. Currently it offers a place for concerts, film projections, business meetings, weddings, etc.

Not only it is the main street of Zadar, it is also the street older than the city. The street represents cult place and a place of socialization, recreation and entertainment.

Send us an inquiry via email [email protected]